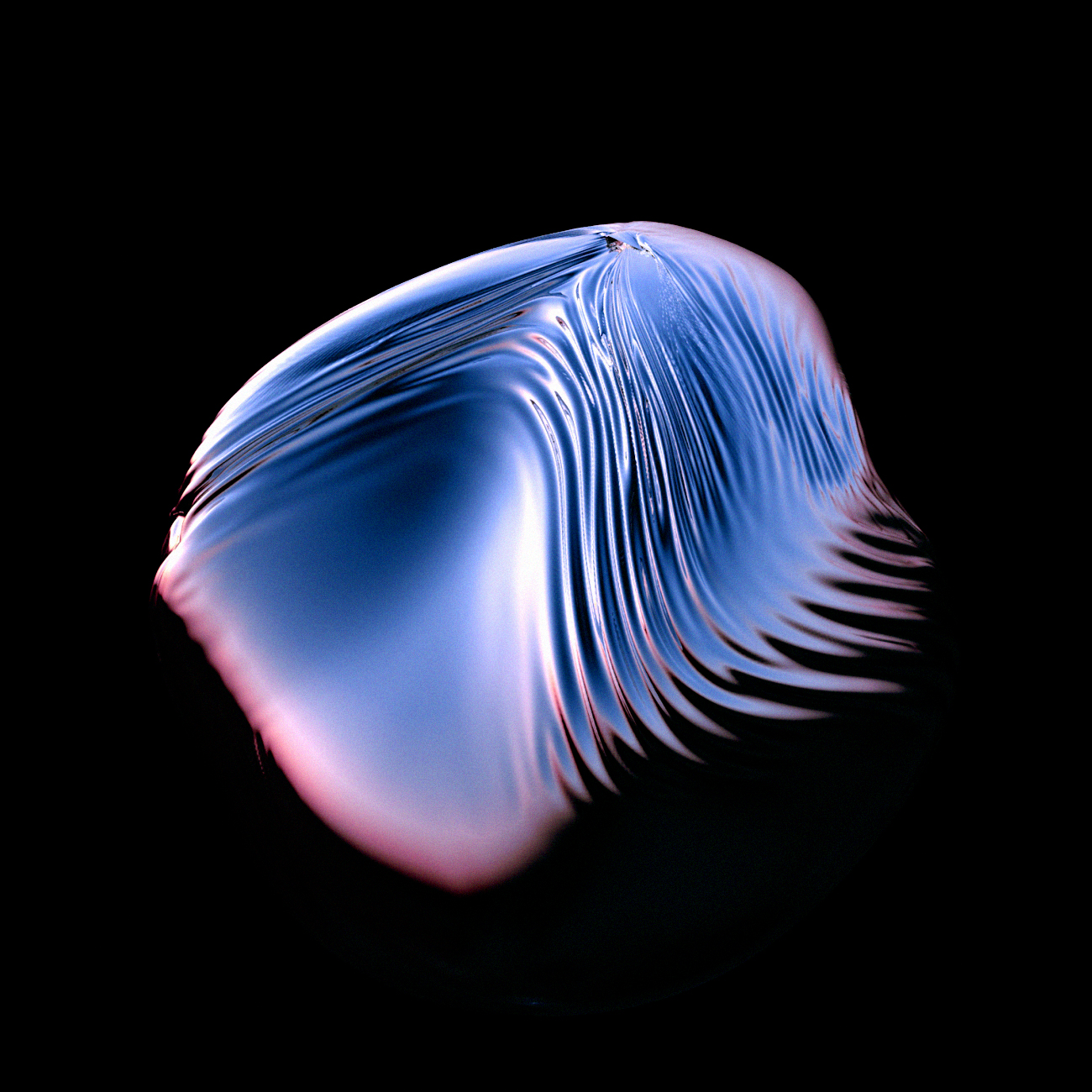 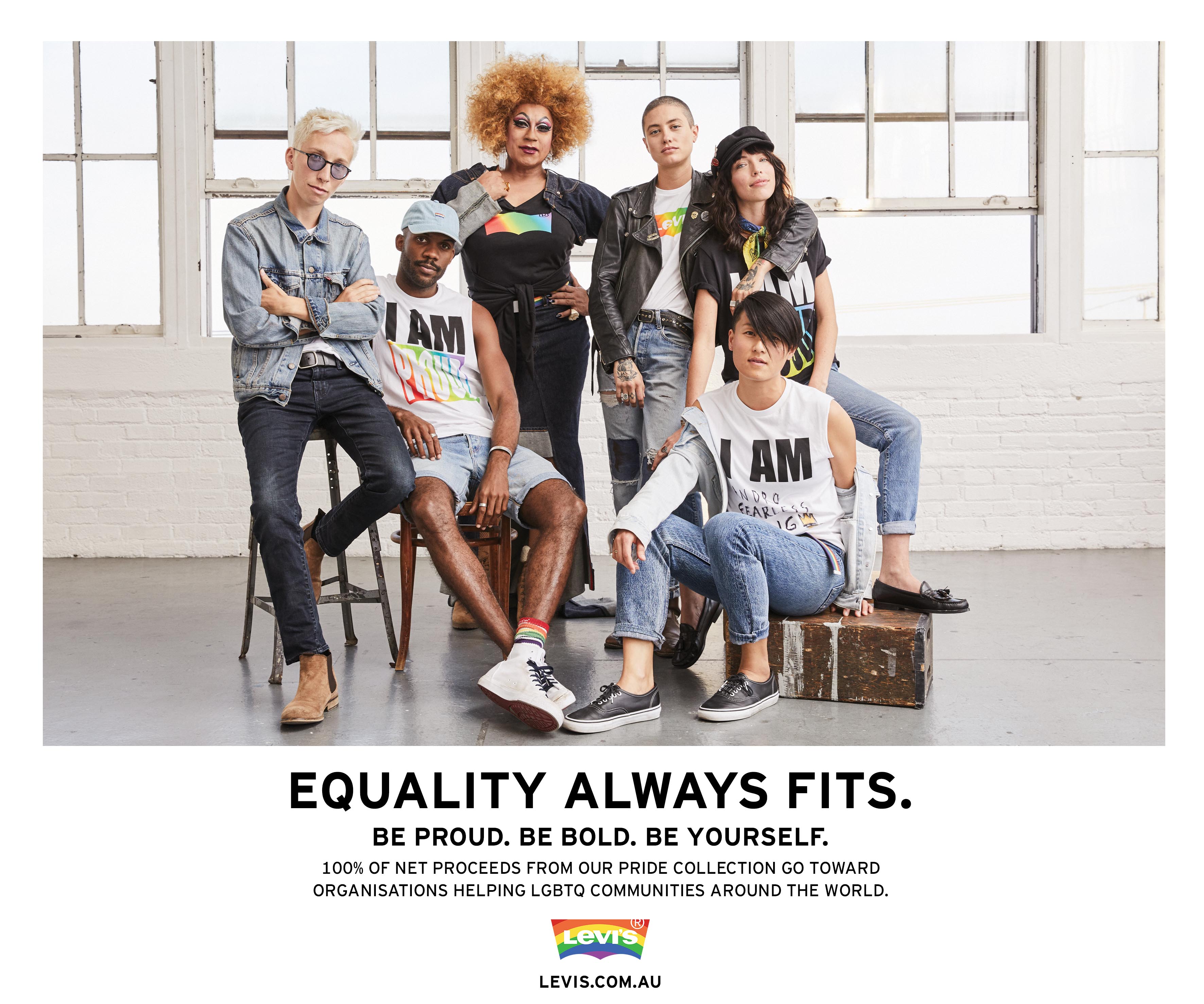 After Uni I landed myself a job at Cameron Balloons where I was for 2 years designing hot air balloons, I even designed my own hot air balloon using 3D software and photoshop which got taken into production and was one of the main highlights at the Balloon Fiesta that year.

I handed in my notice and took off to Australia to travel with my girlfriend, however after a month of being there I landed myself a Graphic Design job at Levi’s. Here I was the only Graphic Designer in Australia and New Zealand, so I was doing pretty much everything and my own boss, was a scary situation to be in at first and a lot of responsibility, but great experience nevertheless.

I’ve now just started a new job working as a graphic designer for a company called MYOB, (Mind Your Own Business) an Australian multinational corporation that provides tax, accounting and other business services software to small and medium businesses, it’s a pretty young atmosphere and I guess I’ll be staying in Australia for the foreseeable future if everything plans out well!

Hi all, I’m a Graphic Designer / honorary Northerner based up in Sheffield.

Since I graduated in 2015 I’ve been based at Field, a Graphic Design practice where we’ve grown from a small studio of 4 to almost a full football team, doing work across exhibitions, print, web and motion. I’ve even managed to rope in fellow UWE Grad Erik, and we now work together every day.

At Field we do a lot of work with a variety of clients and celebrate the heritage of the local, working within Arts, Education and Sport amongst others. Recently I’ve been working on a lot of animated 2D and 3D content and dabbling in Augmented Reality, but over the past few years I’ve done exhibition branding, brochures, websites and Christmas cards. Now a lot of my practice revolved around animation and I’m allowed a lot of freedom to pursue new processes – something I think is important for any design practice to allow people.

Outside of Field, I entered, got selected and exhibited a poster at Graphic Design Festival Scotland in 2016, which was about unarchiving old hidden paintings using technology (and going wrong). Last year I produced a collaborative project with Erik focusing on where contemporary artists, practitioners and students get their inspiration from, and presenting them all under the same light. These then went back to the students at both UWE and Leeds Beckett Uni to serve as a reading list resource / poster.

If you’d ever like any advice, a beer or to ask me anything, please ping me an email at hello@jakegoodall.co.uk. 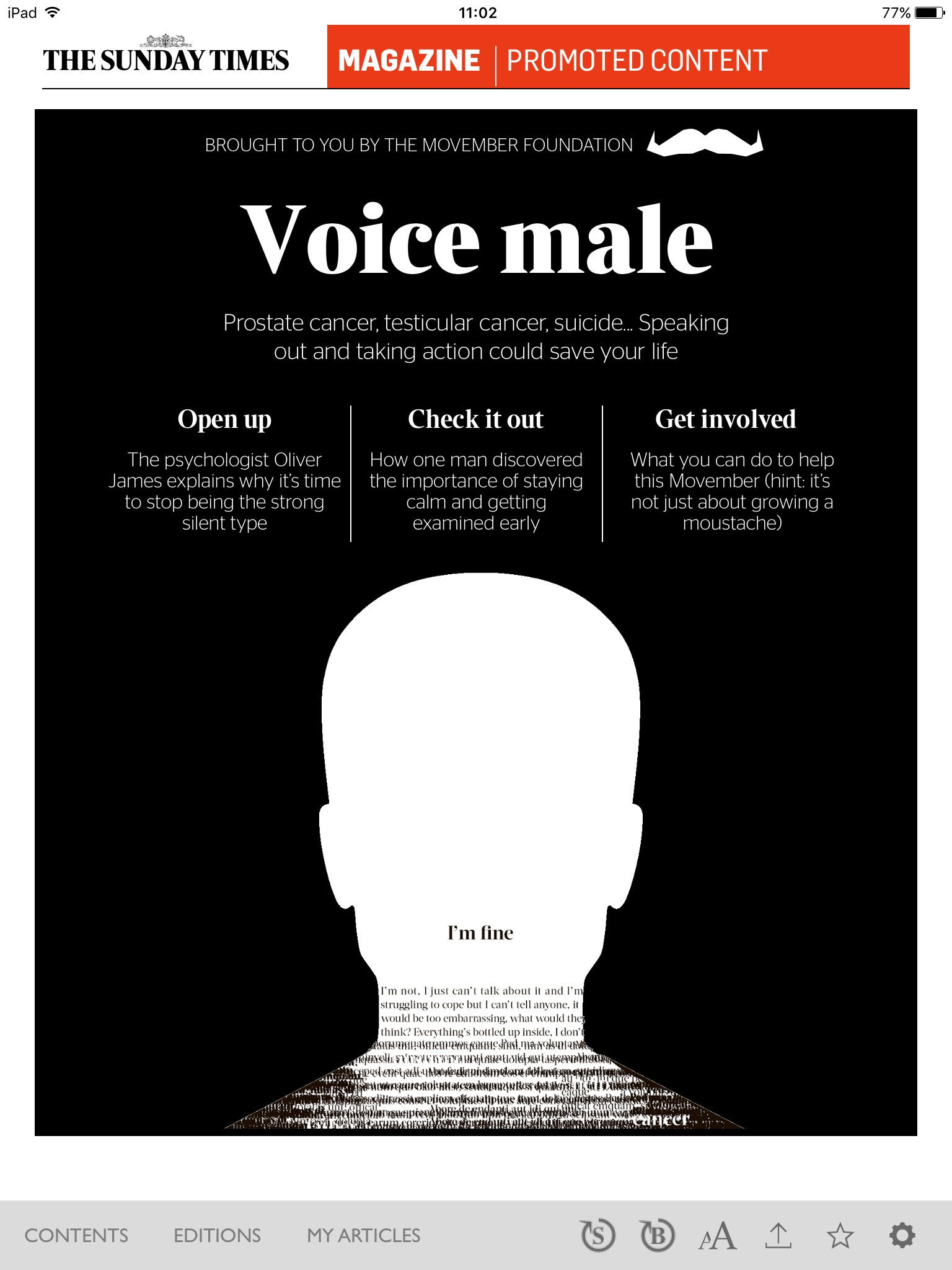 I Work in Bridge Studio – the creative content team for News UK, working across our variety of titles such as The Sun, The Times and The Sunday Times and a variety of platforms such as newspaper and mags, print and digital. One day it could be a high end client ad for ST Style mag – the next day it could be a Times.co.uk bespoke article for a small business. It changes every day.

I tend to work a lot on the travel pieces, because I love to travel and be inspired. In the Studio team we have journalists, designers, writers, photographers and editors, and we create all projects ourselves or we outsource it ourselves. So as a designer i’m responsible for all the design, including possible shoots, commissioning illustrators and finding other interesting avenues to use. I have recently finished working on a big campaign for eBay which was reactive advertising depending on the stories that were going to be in The Sun and The Times. We would hop up to editorial, find out any possible stories that would relate to an eBay product then in a matter of hours turn around a series of display ads to be printed in the paper that evening read for the morning. It was a really successful campaign and eBay have extended it for another 2 months. 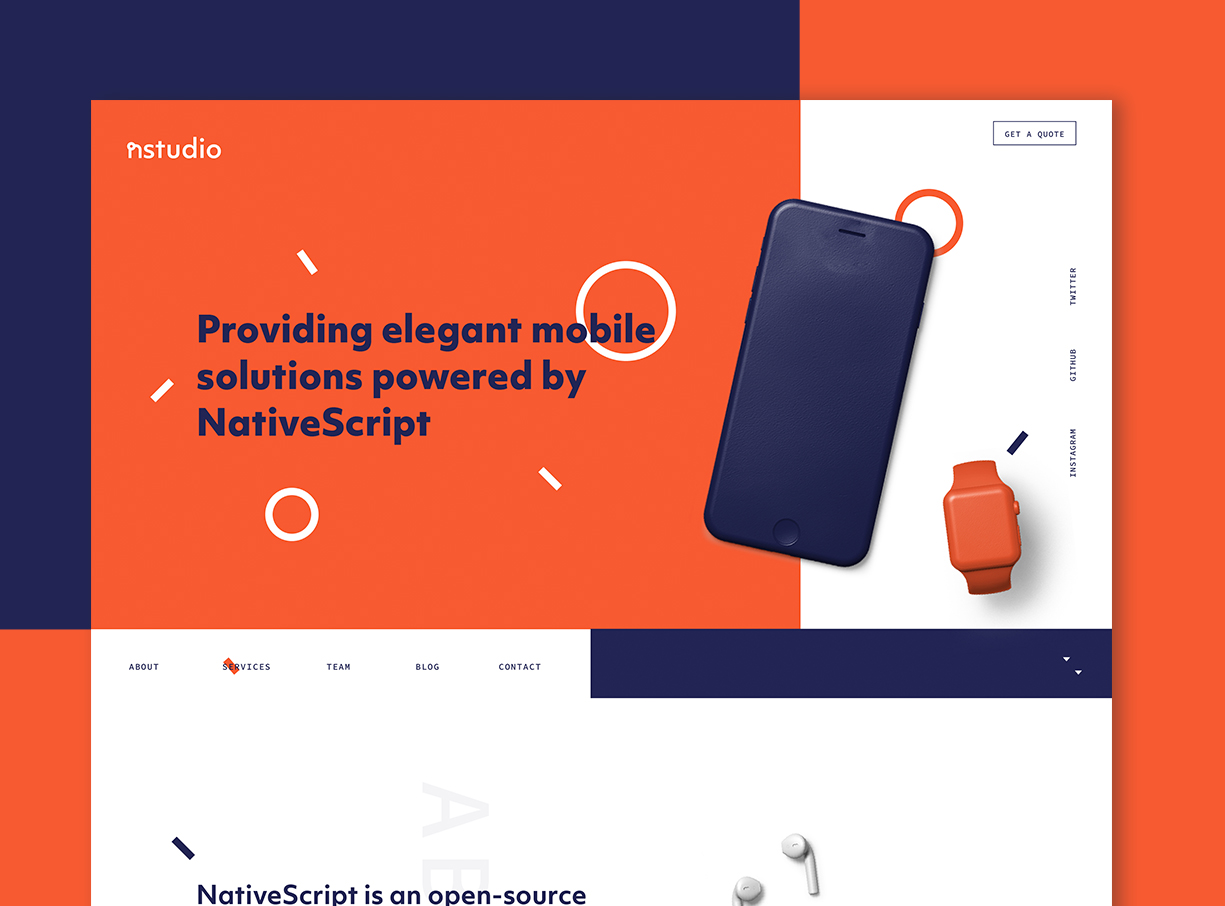 James graduated from a degree in Graphic Design in 2014. He then went to work with a digital agency called Torchbox based in Oxford with offices in Bristol and Philadelphia. James was part of the small, dynamic design team creating thoughtful, purpose driven user interfaces for a wide variety of clients in the NGO, education and charity sector. James was lead designer on projects for The British Heart Foundation, British Swimming and Shakespeare Birthplace trust.

In 2016 James moved to Taiwan for fourteen months, he then made the move to freelance full-time. Since then he has worked with small businesses, start-ups and digital agencies including, We Are Impression, Insights Digital, Orange Crush and Fffunction to name a few.

James has won multiple awards since freelancing including CSS Winner’s site of the day, Awwwards honourable mention and a WMA for outstanding achievement, his work has also been featured on For Print Only.

He is currently based in Thornbury, Bristol and has continued to help clients create bespoke digital experiences working with small development teams and agencies. James specialises in User Interface Design including apps and websites but has a breadth of knowledge in branding and print, helping clients find their voice in the ever competitive market.

I studied Graphic Design at UWE from 2010 until 2013. I am now working as Lead Motion designer at Studio Moross in London.

Long before I started Uni I did some work experience in Bristol with Aardman (I think I was about 14?) so I always had an interest in animation, and I had always had in my head I wanted to study in Bristol. I went on to Study Graphic Design at UWE in 2010, and in second year spent one semester studying in the animation department, where I learned some very basic After Effects, and the basic process and principles of animation. I then continued the rest of my time in Graphics so my overall skillset was Graphic Design with a bit of animation. It was during Second and Third year that I worked closely with Brisfest, a local music organisation working on the design of those festival campaigns which gave me my first taste of working as a professional designer. I graduated from UWE in 2013.

After University, I did a short stint at Bristol based studio The Group of Seven: https://thegroupofseven.co.uk/ I was then approached by Television Production studio Burrel Durrant Hifle (https://www.bdh.net/) where I began working in late summer 2013. This was an amazing opportunity, as for some reason they gave me a chance even though I barely knew what I was doing. It was a great company to work for and I learned so much during my time there. I worked on various video projects for the BBC, C4, National Geographic, BT, Discovery etc etc… I loved it.

In 2016, I moved from Bristol to London, and began working as a motion designer at Studio Moross. Here I continued to work on some broadcast projects for MTV, but also moved into the world of music videos, and live music and television. In late 2017 I became Lead Motion Designer, and we have since continued to work on a variety of music based projects. In my time at the studio, we have worked on projects with MTV, Disclosure, Sam Smith, Parklife festival, Nickelodeon, Uniqlo and plenty of others. 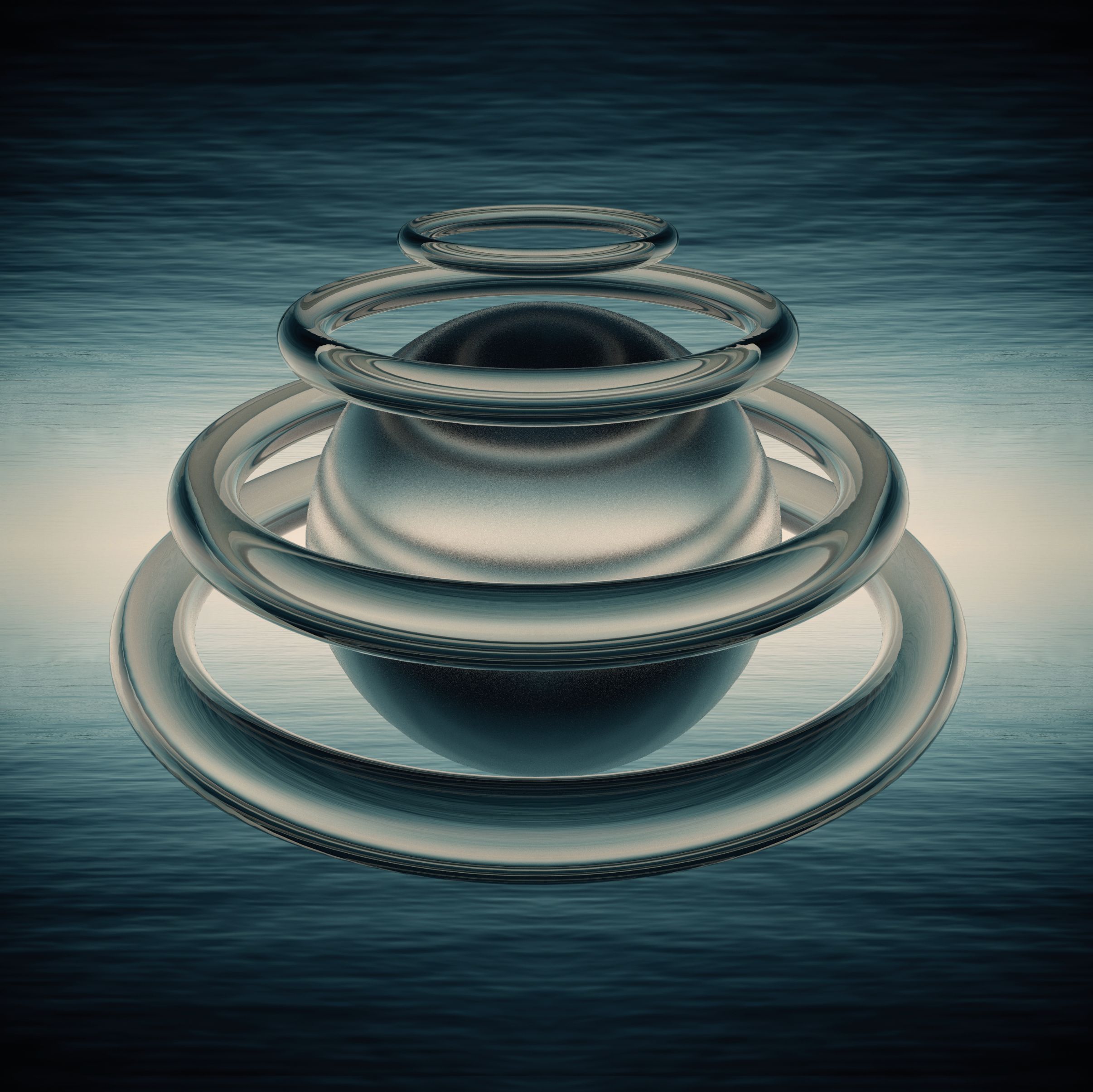 Hello, I’m Holly Dennis, a Graphic Designer living in London. I graduated from UWE in 2014. I currently work as a designer at Conran Design Group in Kings Cross.

Conran works across many areas such as packaging, reporting, branding and digital. I love working across a range of areas but have a passion for branding. I started off my career after graduating by interning at the Design Council. It was a great experience and I learnt a lot about design thinking and how it can be applied to so many areas such as the built environment, business and public services. I then moved on to work at an agency called Overture, who focus on branding for professional services. I learnt a huge amount about branding and developing a conceptual thought process behind every project.

Alongside my career I’ve always looked at improving my technical skills in digital and 3D rendering. I create passion projects on the side that exercise a bit more of my creativity. In uni you get open briefs, which is not always going to happen in paid work and its important to keep creating work that tests you in different ways. In 2018 I submitted some of my personal projects to Secret 7″ , it was then exhibited alongside artists such as Anish Kapoor and Jake and Dinos Champan, and auctioned off for charity.